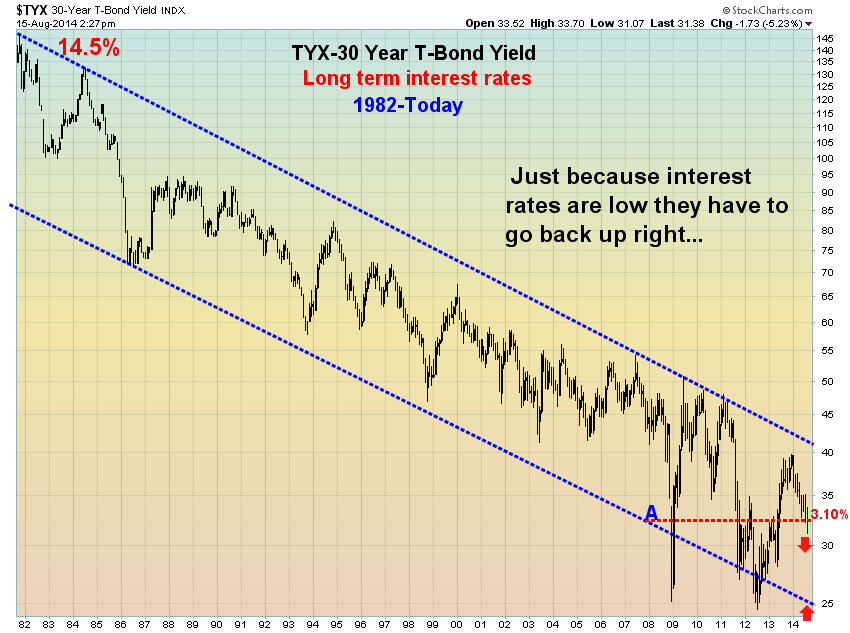 As tensions escalate in Eastern Europe & the Middle East a "flight to safety" mentality has spawned with large institutions and money managers scurrying to safeguard their assets by buying bond and short-term fixed instruments causing interest rates to plummet and bonds to rally. This often repeated theme could explain the recent drop in rates but what about the big picture? Since 1982 after hitting 14.5% levels the secular trend for interest rates is still down and could still be headed lower.  In this last week the interest yield on this long bond just broke below its red short term support line (A) and that could set-up its next downside support level of 2.5%. This is hard to fathom but it has done this twice before (2009 & 2012). At some point rates will go back up again, but not for the foreseeable future. Over the last 32 years as rates continued to bounce back and forth within this long downward (blue lines) channel interest rate watchers felt rates were so low they could only go back up. So far nothing has changed and the major trend for interest rates is still downward "until proven otherwise".